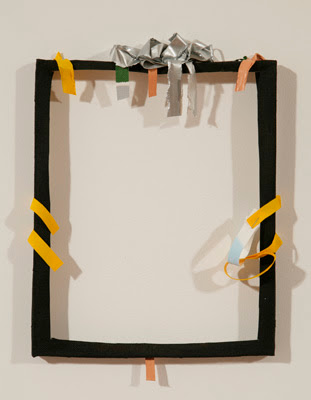 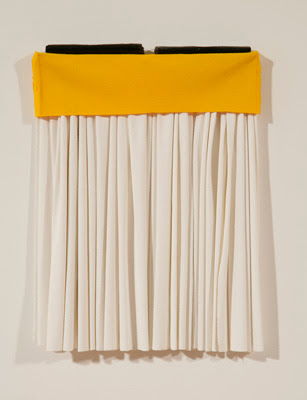 In Chris Shaw’s painting the process of paring down manages to concentrate rather than diminish. Idea and method meld as one; the physical and the conceptual combining in the most pleasing way. His practice is as much sculpture as it is painting; his works cast and assembled rather than rendered. Paint is manipulated after it has dried in the most considered way. These are methodical, meticulous works; self-consciously concerned with process and Painting’s past.
They manage to be both deadpan and theatrical; purposefully spare with flourishes that allude to something a little more frivolous (the ephemera of parties, drapery and costume in the case of the work shown here). Shaw’s is thoughtful work well made.
﻿
by neill clements